Hello again, sweet peeps! I hope you’re having a lovely weekend. I have a card that is one of my favorites to share with you today:

I love orchids and this terrific stamp by Marcella Hawley at Power Poppy captures the Paphiopedilum orchid (also called the Lady’s Slipper orchid) quite well. I think I like them because they’re so different from the typical orchids you buy in the store. And those cute, dumpy, wide ‘chins’ they have (the lady’s slipper) – I often see the coolest faces in them!

Pareidolia – the human ability to see shapes or make pictures out of randomness.

This Paphiopedilum orchid is in my Shutterfly photo album of flower pictures that I took last spring. I used it as a model for coloring my card. It was at the Daniel Stowe Botanical Garden near Charlotte, NC.  Someone asked if those are aphids on his side petals. Nope, they’re part of the petal!

This card was inspired by several challenges going on right now. I chose the green palette to go with Marker Pop’s Challenge #88: Greens. Power Poppy’s Power & Spark Challenge is Switch Up Your Shades, which asked us to use a coloring medium we don’t normally use, and Simon Says Stamp’s Wednesday challenge is to Shake It Up, so I decided to see if I could watercolor this using Glimmer Mists… shaking them up and spritzing some onto my craft mat and picking it up with a brush. (I heat embossed the image in clear, first.)

Look at that incredible glimmery shimmer!

After it was done, I felt it needed a little more color on some of the clear embossed areas, and some shading, so I added some Copic Markers.

Now for the most interesting part (to me anyway). When I’m perusing the craft blogs, I often bookmark cool projects that I see and want to try some day. This year I have a goal of actually TRYING some of these. So it was that I was browsing my Mixed Media folder of bookmarks and came across Gabrielle Pollacco’s blog post on how to make your own eggshell mosaic.You can find it HERE.) It’s a great way to up-cycle those eggshells after making an omelette and any cereal or cracker boxes, too. 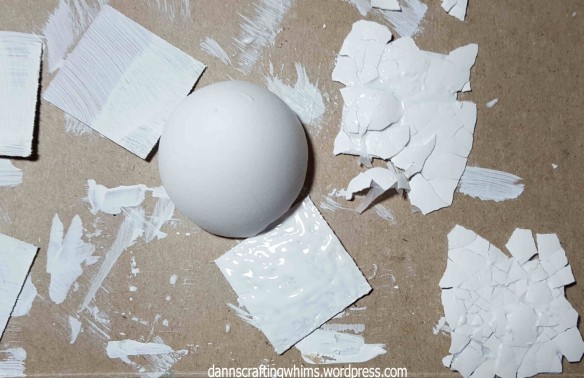 Gabrielle explains the process in much better detail, but here’s the short version: You can cut 1″ squares of the cereal box and prime them with gesso. Then, after removing the inner membrane, you can cover the squares with glue and press a piece of eggshell down on the square. 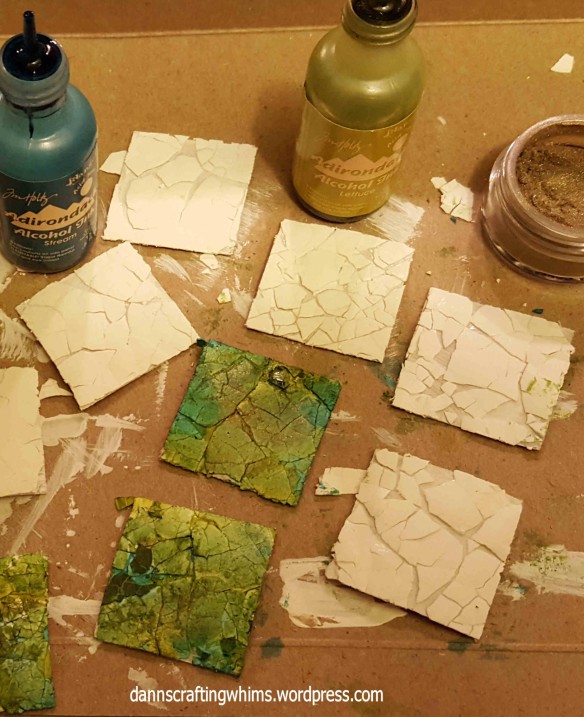 Once dry, you can add color with alcohol inks and while they’re still damp, you can add some Perfect Pearls for shine. For my card, I then cut a square into four using Tim Holtz micro serrated shears by Tonic Studios. They cut just fine with hardly any chipping of the eggshells. I didn’t sand my edges, just trimmed off the extra eggshell with my Tim Holtz shears and then ran a copic marker over them to cover the white edges.

I’m playing along in the following challenges in case you’d like to join the fun:

I hope you enjoyed today’s project as much as I did! Thanks so much for stopping by!!

p.s. Any ads you may see are placed by WordPress and are not endorsed by me.

This site uses Akismet to reduce spam. Learn how your comment data is processed.